Alien Arena is a free, open sourced multiplayer game based on the Quake 2/3 code released by id Software.

We are currently working on a brand new map for the game, an urban decay level known as Sudden Impact.  This map will allow us to deonstrate some of the new technologies that the CRX engine offers.

The CRX engine is an advanced OpenGL renderer that features things such as:

For the Qexpo we will be working on some new rendering tech, and updating the process.  We will also demonstrate some of the work we have done in the past with videos and screenshots.

DAY 7 – I have finished Dm-Impact, and uploaded the final version to SVN(svn://svn.icculus.org/alienarena/trunk)!  Feel free to play around, explore, and there are 3 little alien invader bots that will show you around :)

This has certainly been a great Qexpo.  The push to include communities from *all* of the Quakes has led to what appears to be a record number of booths, and a great amount of activity.  Sadly though, a number of Quake “regulars” weren’t anywhere to be found.  There were no booths for OpenArena(or LeiLei/Cheapalert), Warsow, Tremulous, World of Padman, etc.  The Nexuiz(now Xonotic) crew put up a booth but never updated it.  Either way, Chip did a wonderful job cirleling the wagons, and getting so many people to participate.  The Tastyspleen broadcasts were excellent, and the mods and maps released were as well.  Good fun stuff, and no question, Quake is still alive and kicking!

DAY 3 – Here is a video of our new map, which we hope to release within a day or two!

DAY 1 – Six screenshots of our new level, Dm-Impact.  This map is one of three maps in the game that are based on an “urban decay” theme.  This map uses a bit of photosourcing to achieve the most realistic look possible, which is a bit different than the typical Alien Arena map which tend to have a more abstract, painted look to them.  Dm-Impact is a mid sized level that will be primarily for FFA, but could be used for duels as well.  It’s lighting is set in late afternoon, with high contrast between sunlit and shadowed areas, giving it a very immersive feel. 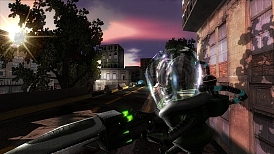 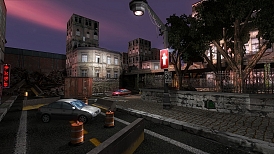 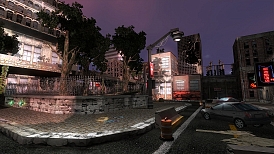 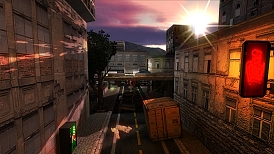 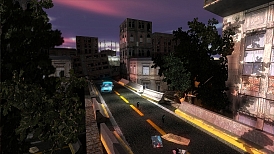 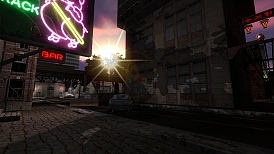 We are planning a release in July/August that will incorportate a host of new updates as well as new game content.